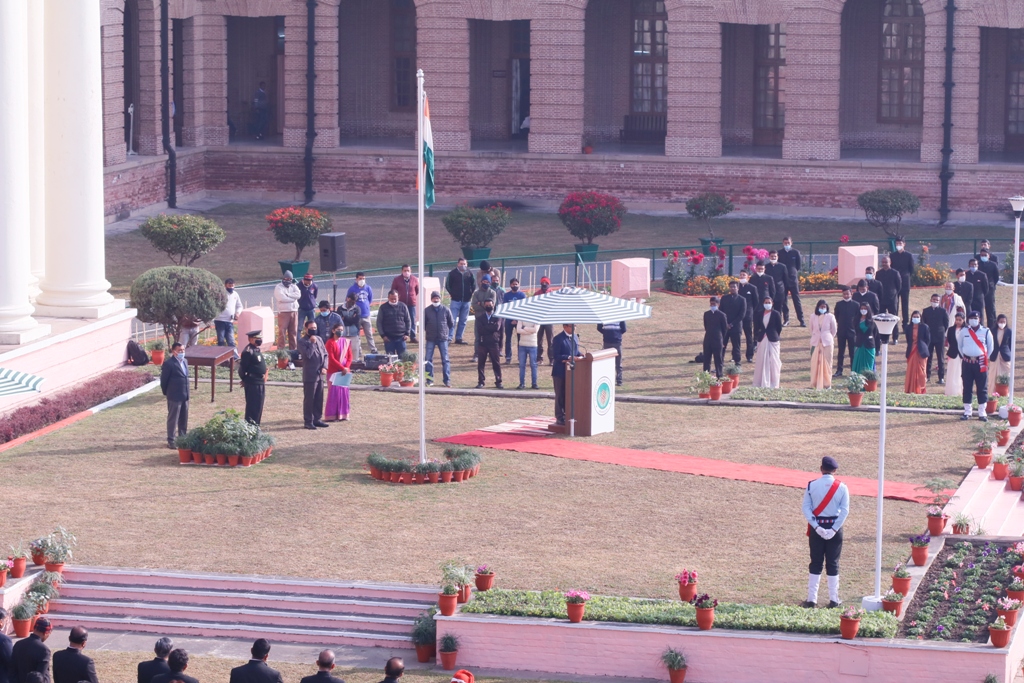 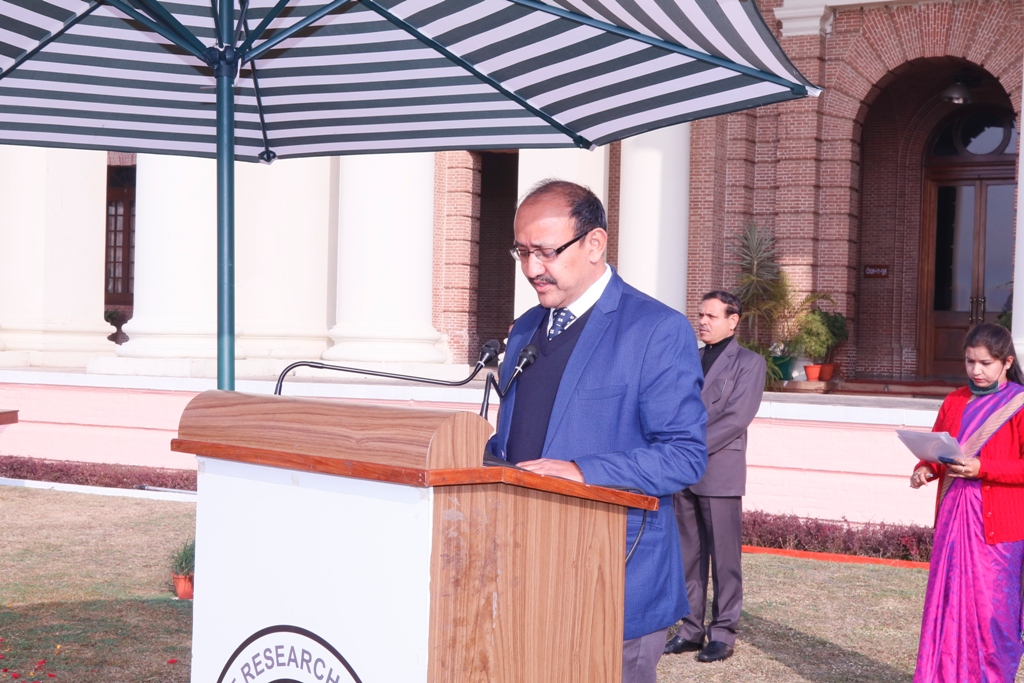 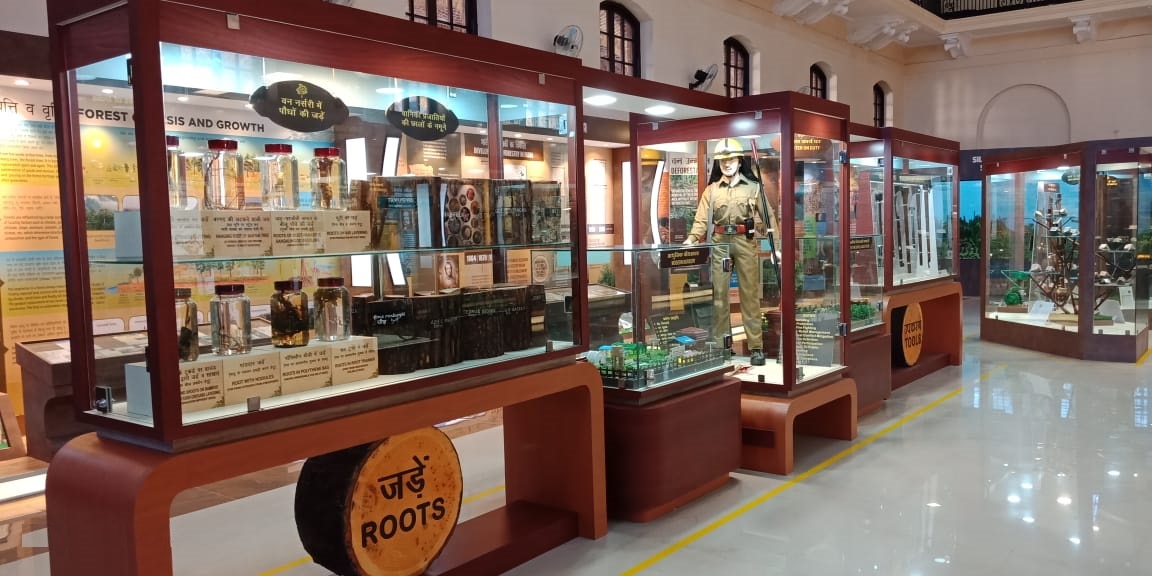 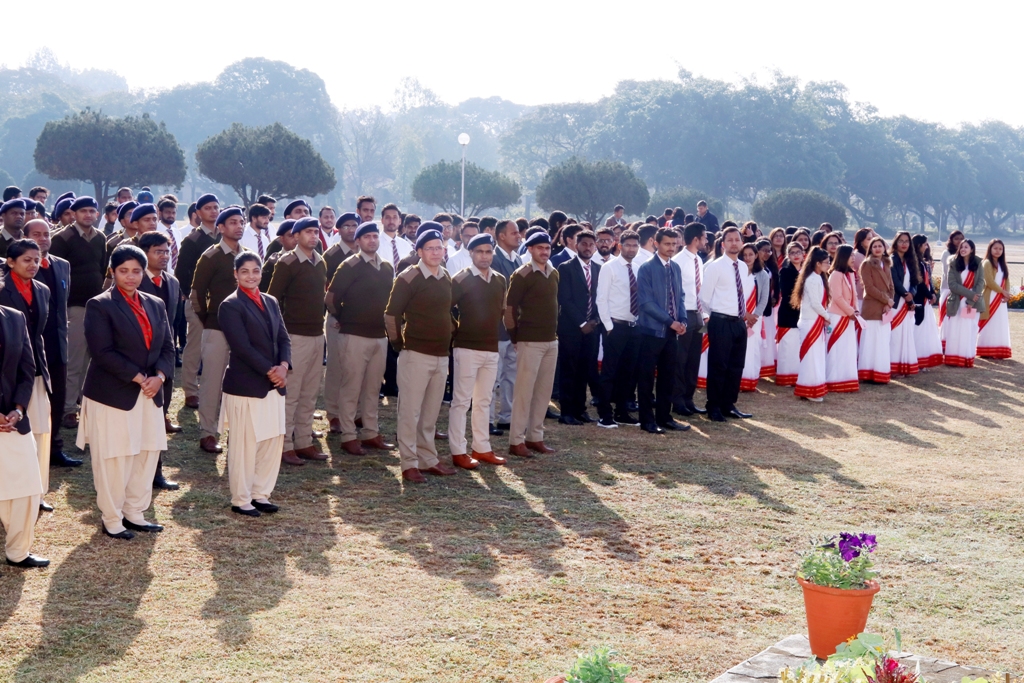 “Forest Research Institute (FRI), Dehradun” has its roots in the erstwhile Imperial Forest Research Institute established in 1906 to organize and lead forestry research in the country. Its history is synonymous with the evolution and development of scientific forestry not only in India but in the entire Indian subcontinent. The institute also administered training to forest officers and forest ranger in the country and after independence, it was aptly named as Forest Research Institute and Colleges. In 1988, FRI and its research centres were brought under the administrative umbrella of Indian Council of Forestry Research &amp; Education (ICFRE) under the Ministry of Environment, Forests and Climate Change, Government of India. Circular for Telephonic/ Online consultation at The New Forest Hospital for all beneficiaries of FRI, ICFRE, IGNFA, and CASFoS.

Report on organizing a  Painting competition as part of PRAKRATI program on the occasion of International Day for Forests -2021 at FRI, Dehradun

Final Answer Key for the post of Library Information Assistant

Final Answer Key for the post of Steno Grade-II

Answer Key for the post of Steno Grade-II – Annexure-I

Answer Key for the post of Library Information Assistant- Annexure-I

Proforma for scribe and related guidelines

Notice – All museums of FRI, Dehradun will be closed on Sunday until further orders (uploaded on 10.03.2021)

Inviting Entries for  innovative solutions for “Ways of improving native flora given the fact that many species have become highly deficient and their regeneration slow and difficult ” on the eve of International Day of Forests (IDFs) (uploaded on 08.03.2021)

Quarterly progress Report Regarding Progressive Use of Official Language Hindi(uploaded on 02.02.2021)

Quotations are invited for Digital Calendar of Indian Forester  for the year 2021(uploaded on 29.01.2021)

Advertisement For The M.Sc. Online Remote Proctored Entrance Examination 2021 Of FRI Deemed To Be University(uploaded on 25.01.2021)

Information Bulletin For The M.Sc. Online Remote Proctored Entrance Examination 2021 Of FRI Deemed To Be University(uploaded on 25.01.2021)

Application Form For M.Sc. Courses Of FRI Deemed To Be University(uploaded on 25.01.2021)

Application Form For M.Sc Courses Of FRI Deemed To Be University For Foreign Nationals Candidates(uploaded on 25.01.2021)

A short- term training course on Nursery and Seed Technology (uploaded on 04.11.2019)

A report on the Hindi workshop organized by Hindi Section, Forest Research Institute, Dehra Dun on 16th October, 2019 (uploaded on 18.10.2019)

Cancellation Notice – Three-day E-Training Workshop on Disaster Risk Reduction Through Forestry Intervention at FRI, Dehradun to be held on 29.09.2020 to 01.10.2020 has been cancelled due to some administrative reasons

EDUCATIONAL EXPOSURE VISIT OF KENDRIYA VIDYALAYA NER, BAREILLY, UP STUDENTS TO FRI ON 12th FEBRUARY 2020 UNDER “PRAKRITI” PROGRAMME (uploaded on 18.02.2020)

Participation of Forest Research Institute, Dehradun in the Exhibition on Uttarakhand State Geoinformatics Meet – 2020 At USAC, Nalapani, Dehradun (uploaded on 18.02.2020)

Training Programme on Application of Remote Sensing, GIS and GPS in Forest Resource Assessment. (uploaded on 24.01.2020)

Training on ‘Silviculture and Forestry’ for Personnel of Eco Task Force –Eco Battalions of Territorial Army of India. (uploaded on 27.11.2019)

A report on the three days training programe on ‘Growing and Utilization of Bamboo’ from 17th to 19th July, 2019 at village Dhulkot organized by Extension Division, Forest Research Institute, Dehra Dun. (uploaded on 24.07.2019)

A report on the participation of Forest Research Institute, Dehra Dun in the Exhibition “Destination Uttarakhand – 2019” from 18th to 20th July, 2019 organized by Uttarakhand Council of Science and Technology, Uttarakhand. (uploaded on 24.07.2019)

Dhoopwell made with natural ingredients medicinal herbs delightful aroma(uploaded on 11.11.2020)

Notice for Gate Entry for candidates for trade test/ written exam for selection of Office Clerk/ Computer Operator on 28-10-2020 to be held at FRIDU for the Indian Forester Office(uploaded on 27.10.2020)

Applications are invited for ”ICFRE Awards for Exellence in Forestry-2020” which are given for original and outstanding work/research contribution(uploaded on 10.08.2020)

Results of Painting and Essay competitions held on the occasion of World Environment Day (WED) 2020(uploaded on 30.07.2020)

Webinar on Agroforestry for livelihood generation Programme schedule(uploaded on 30.07.2020)

Announcement regarding Ph.D Scholars of FRI Deemed to be University.(uploaded on 08.07.2020)

Corrigendum-extension of last date of submission of application for enrollment in the National Database of Trees Translocation/Translocation 30/06/2020 instead of 30/05/2020(uploaded on 19.06.2020)

Enrollment form for preparation of National Database of key agencies of Tree Translocation/ Transplantation(uploaded on 15.05.2020)

Results of Painting and Essay Competitions held on the eve of International Day of Forest 2020(uploaded on 15.05.2020)

Advertisement for engagement of Chair of Excellence

FOREST RESEARCH INSTITUTE DEEMED TO BE UNIVERSITY ADMISSION (uploaded on 17.01.2020)

Entrance Examination Centre of FRI Deemed Deemed to be University -2020

INFORMATION BULLETIN FOR ADMISSION TEST TO Master of Science Courses 2020

Re-exam answer key for the post of Technician field/Lab Research. (uploaded on 27.11.2019)

Announcement regarding Vth Convocation of Forest Research Institute (Deemed to be University), Dehra Dun on 07th September, 2019. (uploaded on 19.07.2019)

Second waiting list of M.Sc. course of FRI Deemed to be university for third counseling (uploaded on 09.07.2019)

EXTENSION OF DATE TRAINEES UNDER THE PROJECT “SKILL DEVELOPMENT IN PARATAXONOMY FOR LOCAL COMMUNITIES OF GANGOTRI-GOVIND AND DARMA – BYANS VALLEY OF UTTARAKHAND (uploaded on 26.06.2019)

PhD Corrigendum_Elgibility for PhD in Geoinformatics (uploaded on 07.05.2019)

Application are invited for the engagement of senior data manager- climate change (1 No.)(uploaded on 04.04.2019)

One-day training workshop on the use of information and unicode information on Official Language Rules / Acts (uploaded on 19.12.2018)

Filling up of posts of Technician level-3 (Field/Lab Research) through Limited Departmental Examination. (uploaded on 12.10.2018)

Work order for Renovation & Modernization of Three Museum Galleries of FRI. (uploaded on 23.08.2018)

Declaration for awarding Doctorate Degree in Forestry. (uploaded on 21.08.2018)

Avoiding plastic use for environmental protection reg. (uploaded on 13.08.18)

Applications are invited from candidates for the positions of 01 No. of Studentship and 01 No. of Traineeship in Bioinformatics Centre,FRI

Regarding the new amount of fellowship (uploaded on 13.07.18)

Information on recommendation of National and International seminars/Conferences reg. (uploaded on 27.04.18)

Filling up of Posts of Technician Level-2 & Level-3 through limited departmental examination (uploaded on 26.03.18)

Regarding recruitment of Junior Consultant in (Wood Science & Technology) on Temporary/Contractual basis  (uploaded on 21.03.18)

Completion of Annual Performance Appraisal Reports/Annual Work Report (APAR/AWR) in respect of Scientists for the period 2017-2018-regarding. (uploaded on 20.03.18)

Request for Expression of Interest (EoI) for engaging Experts (uploaded on 19.03.18)

Notice regarding Annual sports festival of FRI Deemed to be University. (uploaded on 06.03.18)

Order related to administrative work of the hospital of Forest Research Institute(uploaded on 06.03.18)

Circular regarding entry fees for campus of Forest Research Institute(uploaded on 06.03.18)

Notice regarding University Cultural Programme of FRI Deemed to be University(uploaded on 16.02.18)

Notification regarding Recruitment Rules (uploaded on 13.02.18)

Responsibilities and Duties Appointed for the Neeranchal National Watershed Management Project (uploaded on 12.02.18)

Circular regarding Proforma of new Telephone Directory 2018-19 of ICFRE/FRI Offices (uploaded on 09.02.18)

Waiting list for allotment of Govt. Residences at Forest Research Institute Estate, New Forest, Dehradun for the year 2018  (uploaded on 09.02.18)

Alertness circular from leopard in the Institute (uploaded on 08.02.18)

Request for Expression of Interest (EoI) for engaging CBSA Experts & other projects professionals (uploaded on 02.02.18)

List of Gazetted and Alternative Vacations Announced during the year 2018 in Central Government Offices. (uploaded on 29.01.18)

In the context of a two-minute silence on January 30, 2018, in remembrance of the martyrs who gave their lives in the freedom struggle of India . (uploaded on 29.01.18)

Walk-in-Interview for the position of Junior Research Fellow (JRF)

Engagement of expert under the project of Monitoring and Evaluation of plantations raised under (CAMPA) in the state of Uttarakhand.

Training Calender of FRI for year 2017 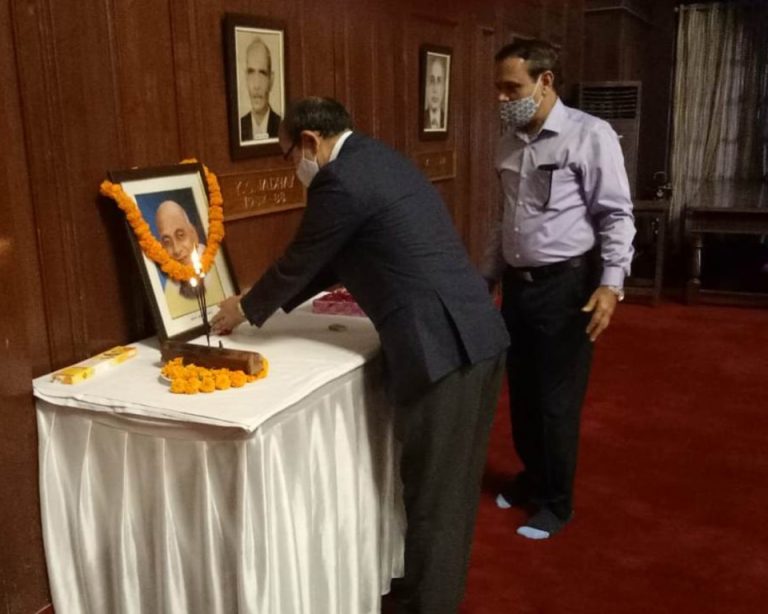 Webinar on integrated management of forest diseases and insect-pest 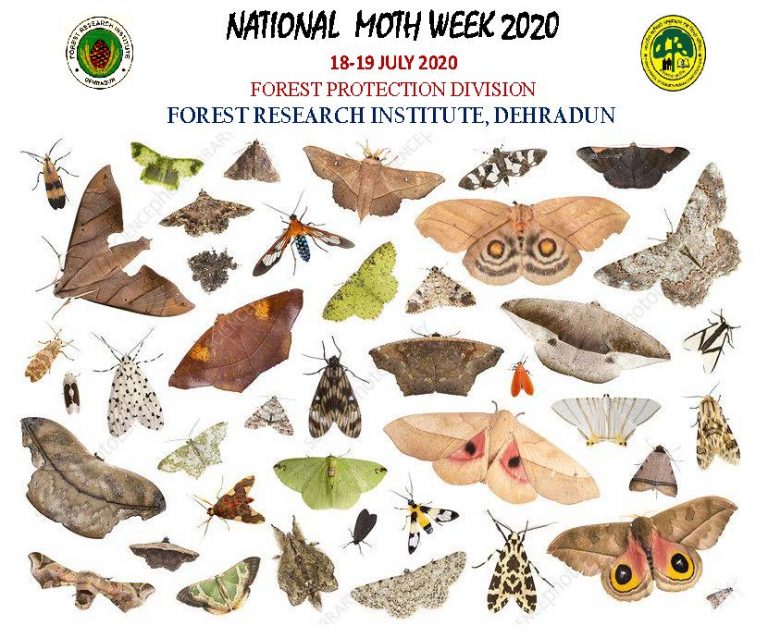 A report on the celebration of National Moth Week organized by Forest Entomology Branch, Forest Protection Division, FRI on 18-19 July 2020 at FRI 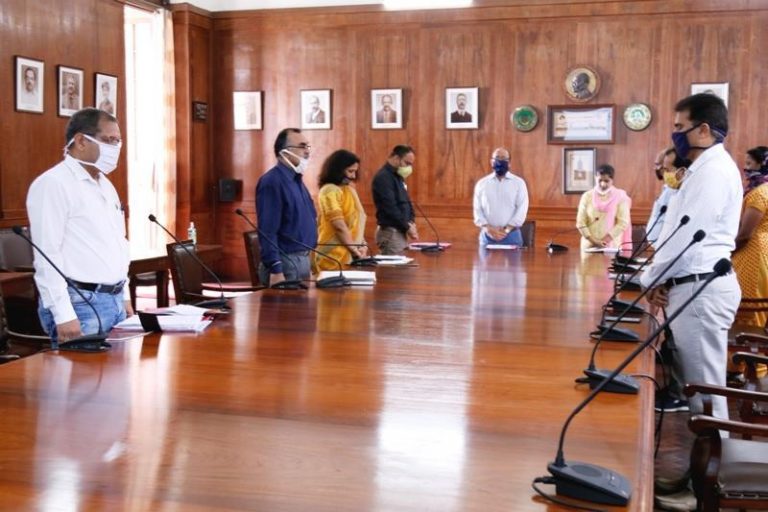 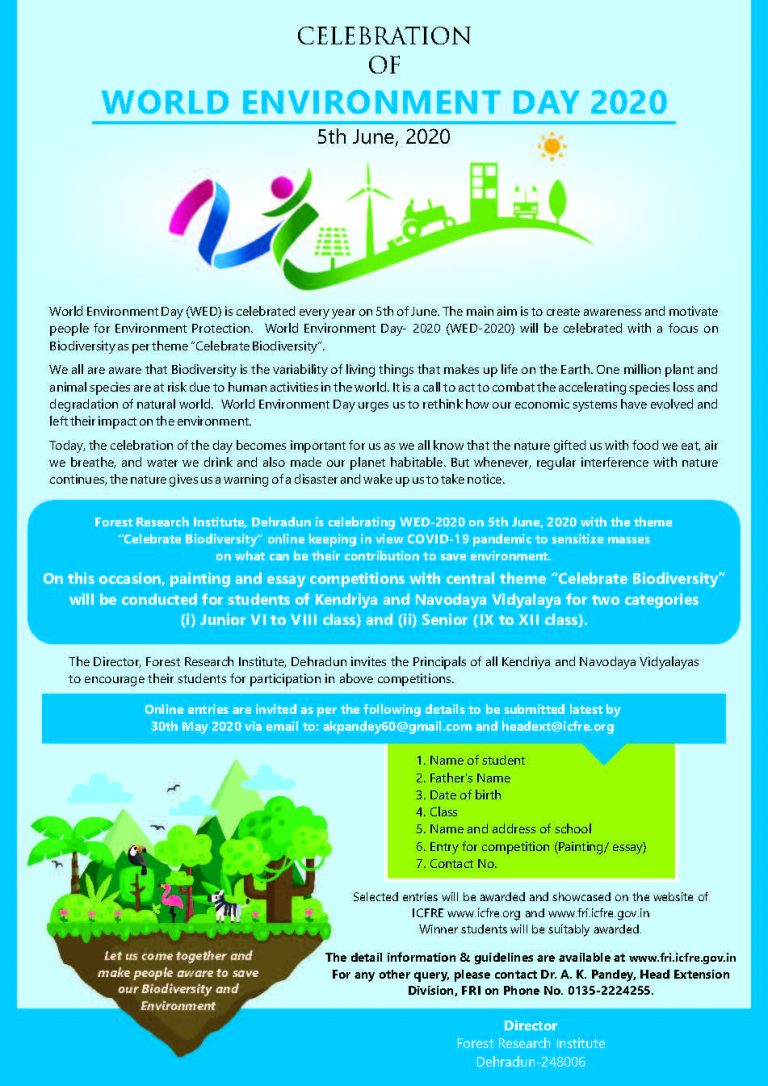 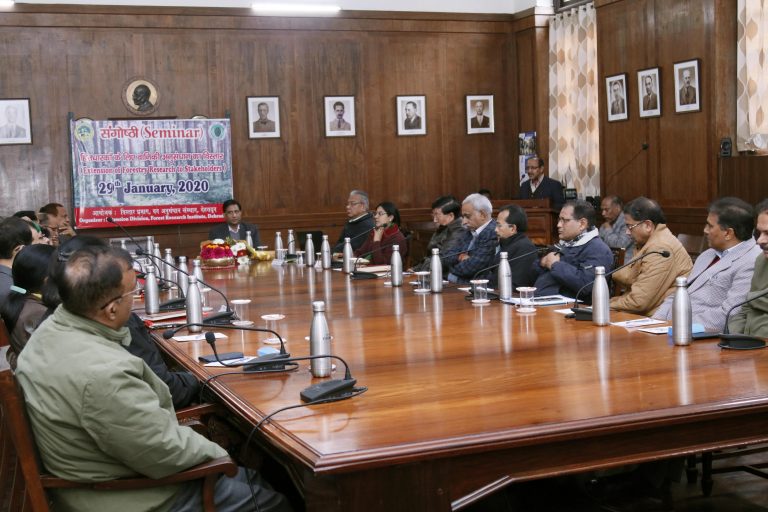 Extension of Forestry Research to Stakeholders 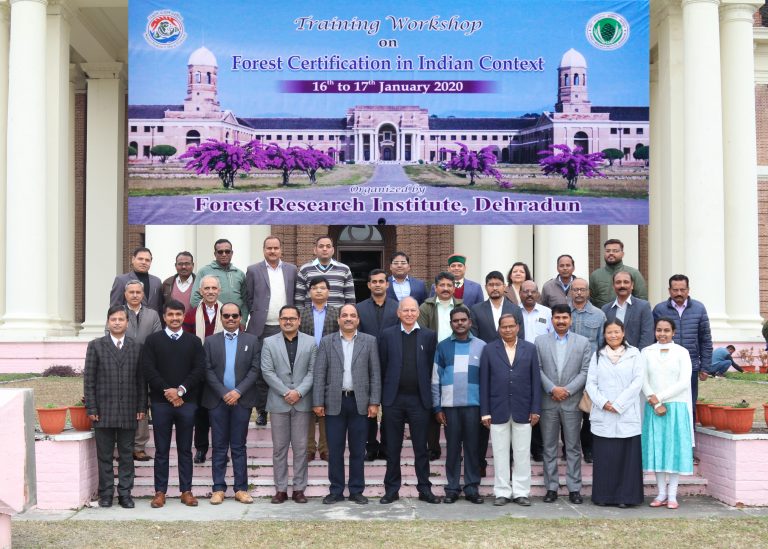 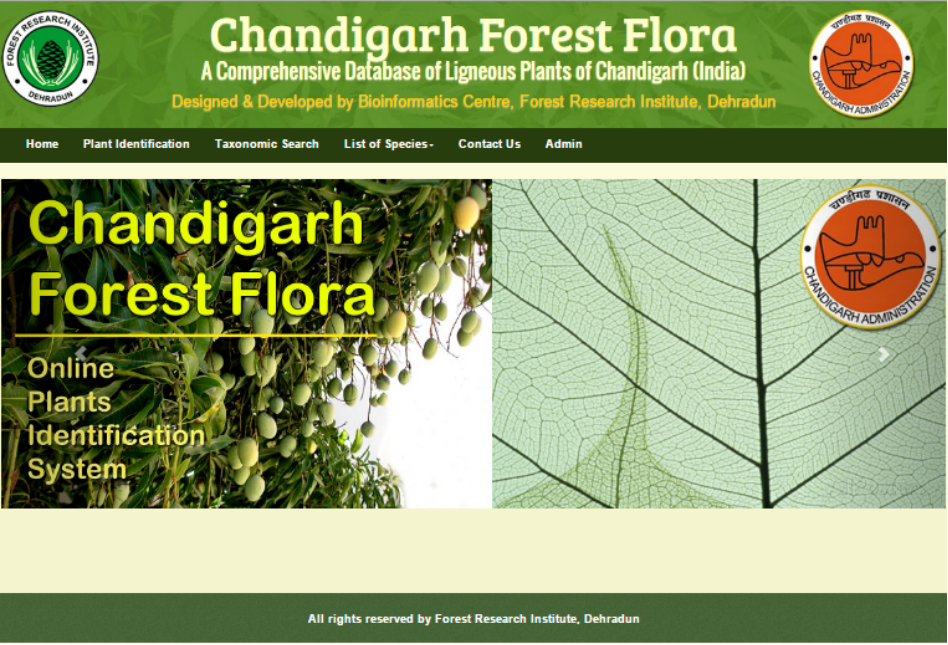 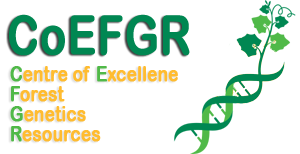 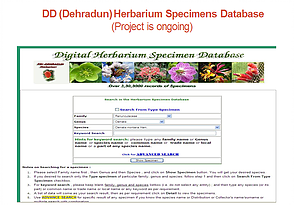 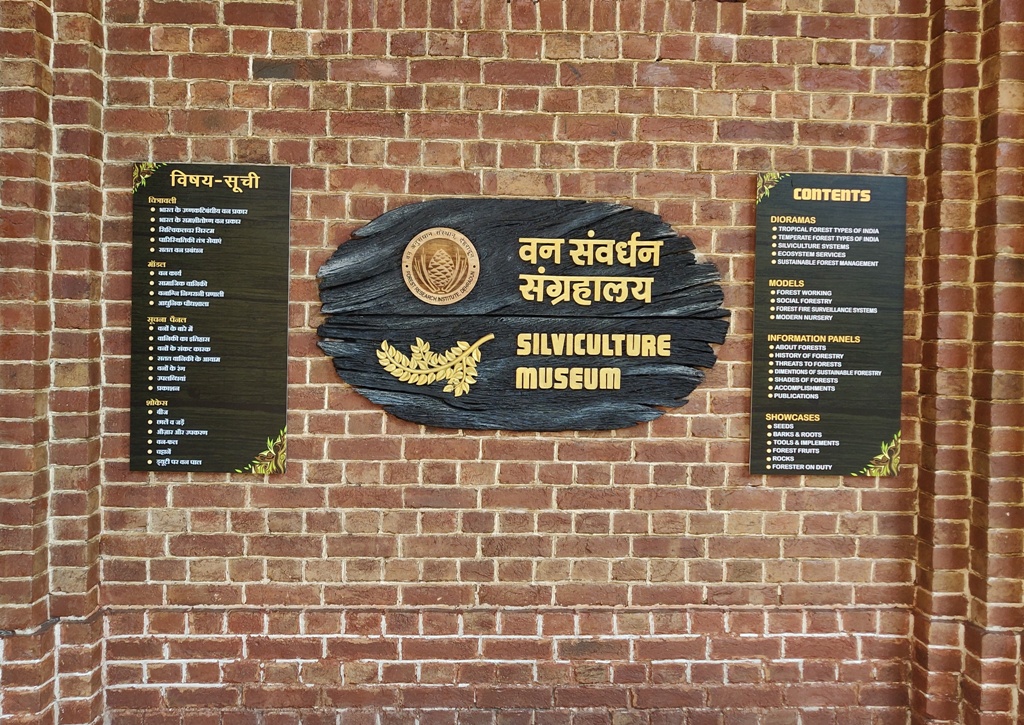 Government of India portals and resources

How To Reach Us