FRI Dehradun celebrated the second phase of Van Mahotsav on the 11th July, 2022 in the campus of Bhawani Girls Inter College, Ballupur, Dehradun. 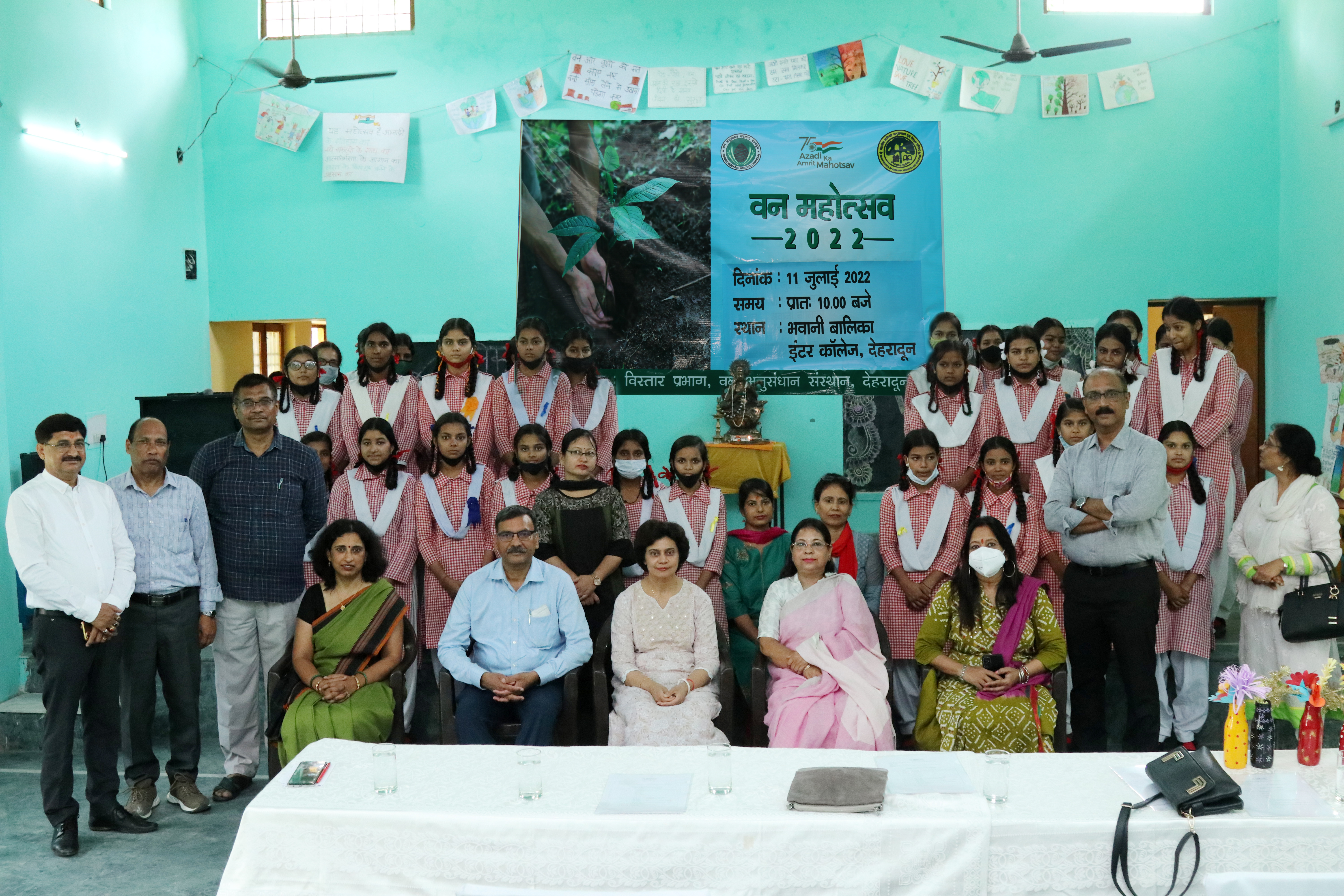 The Forest Research Institute,(FRI) Dehradun celebrated the second phase of Van Mahotsav on the 11th July, 2022 in the campus of Bhawani Girls Inter College, Ballupur, Dehradun. The first phase was celebrated within the FRI campus on the 7th of July, 2022.

The programme was inaugurated by the chief guest Dr. Renu Singh, IFS, Director, FRI by lightening the lamp which was followed by a welcome song by the students of the school. Subsequently, Mrs. Richa Misra, IFS, Head Extension Division welcomed all participants which included Director, FRI Dr. Renu Singh, Principal Smt. Deepti Rawat, heads of division of FRI, officers and scientists of FRI, teachers and students of Bhavani Balika Inter college. A small cultural programme was organized by the students of the school this included a poetry recitation and a small dance drama on the importance of not cutting trees. The Chief Guest, Dr. Renu Singh then addressed the gathering. She spoke on the importance trees, and their role in preservation of the environment. She spoke on how the Indian ethos is intrinsically linked with protection of trees and forests references of which can be found in our ancient texts. She told how students in earlier days studied in Gurukuls which were located in forests so as to help students focus on studying amidst a pristine environment. She also spoke on how increasing population and relentless cutting of forests is posing a major threat to the environment and we are faced with the phenomenon of climate change. She urged all present to plant at least one tree on the occasion and look after it to do our bit for the environment. The vote of thanks after the programme was delivered by Mrs. Dipti Rawat, Principal of the school.

Thereafter, the programme of plantation was initiated with the planting of a mango sapling by the Chief Guest Dr. Renu Singh. Subsequently, Mrs. Deepti Rawat, Principal and all other dignitaries present along with the school students participated in the plantation drive.