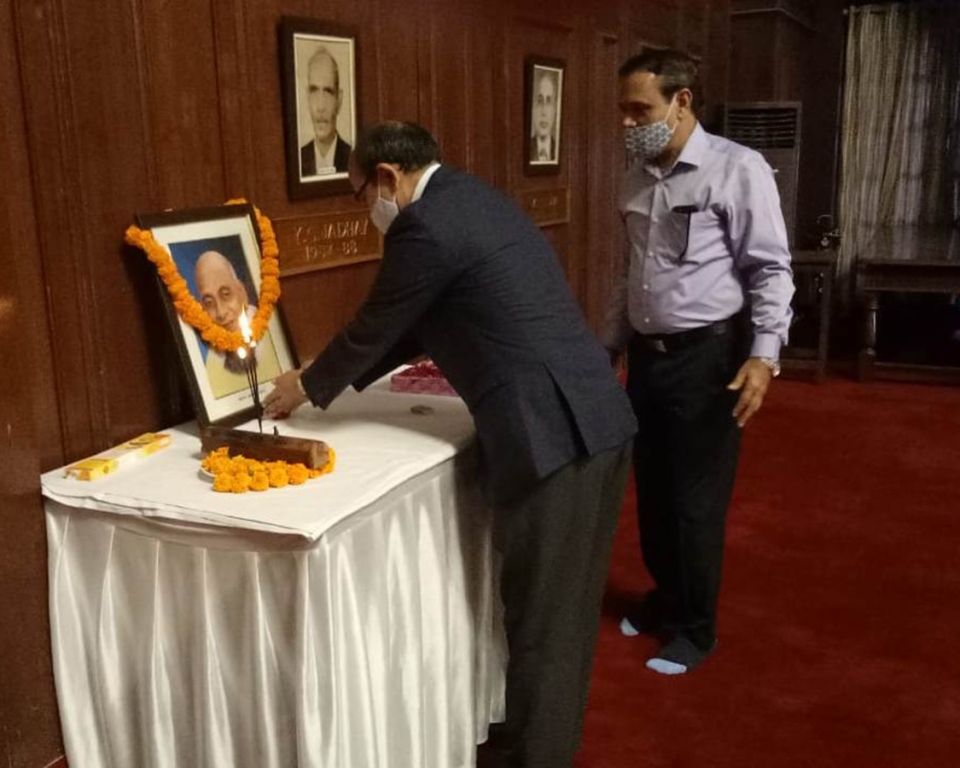 Forest Research Institute celebrated 145 birth anniversary of Sardar Vallabhbhai Patel today on 31st October, 2020. On this occasion, all Deputy Director General & Assistant Director General of Indian council of Forestry Research & Education and Head of Divisions of Forest Research Institute were assembled in the Convocation Hall of FRI. Director General of ICFRE & Director, FRI Shri Arun Singh Rawat paid homage towards Sardar Vallabhbahi Patel and a pledge to work towards Unity of Nation and internal security was taken by all the officers of FRI in the supervision of Director, FRI. Thereafter, Head of divisions of the institute administered oath of national unity to the officers and staff in their respective divisions and offices.